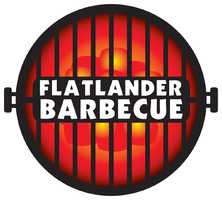 There was a man. A man who loved to cook barbecue and was a certified barbecue judge. But he was scared senseless of camping.

There was a woman. A woman who didn't realize she loved barbecue competitons but did love camping.

Together, they moved to Vermont, becoming Flatlanders in the process, and started a competition barbecue team. Along the way, family and friends joined in.

Five years and twelve contests in seven different states later, they've picked up a few trophies and won a little money and have had a lot of fun.

Still considering but look for two potential contests in October...